What is Machu Picchu?

Recently, my grandfather asked me what I thought of “Machee Poochoo.” Oftentimes, after a documentary airs on National Geographic, my friends will reach out and tell me they learned all about “Michii Pichii.” The mysteries of Machu Picchu start with the pronunciation. It is pronounced “Mah – Choo, Pee – Choo” and it can be found in the deep Andes of Peru. 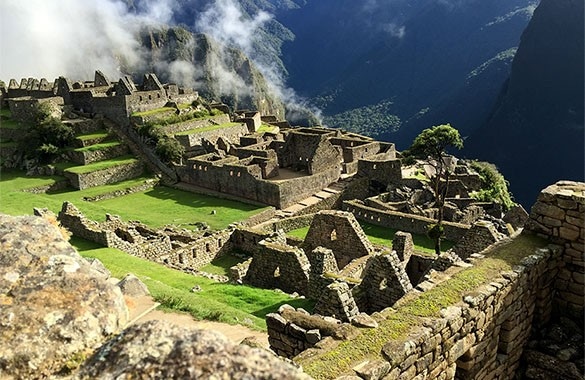 Today, as you explore the intricacies of this archaeological site (I don’t call it a “ruin” because it has never been ruined), your professional tour guides will give you all kinds of theories. But, the truth is this: nobody really knows the original function of Machu Picchu. Some hypothesize it was a retreat for Incan royals; others believe it was a place for the Incan virgins to live; and more put forward it was agricultural experiment or even created by aliens. The list goes on…

What we do know about Machu Picchu is that it was never really lost. After the conquest of the Incas, and the abandonment of the city, the local farmers moved in. In fact, in 1911, when Hiram Bingham “discovered” the city, it was by paying a local boy a couple of dollars to take him up to the family farm where there were significant Incan structures. Though the city was always known to local farmers, we still consider Bingham’s experience to be the introduction of Macchu Picchu to the modern world. 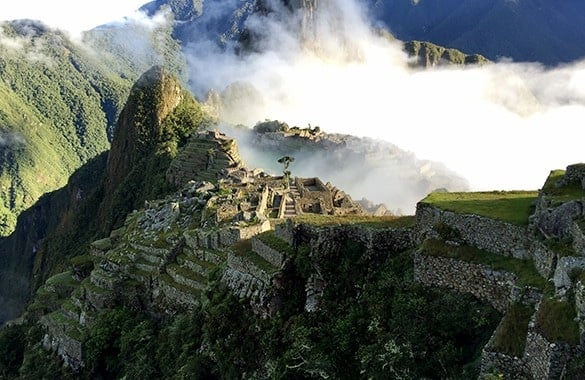 Once the city was cleared, it revealed one of the most awe-inspiring ancient constructions on earth. Aesthetically, Machu Picchu stands in a class of its own. As you peer down from the guard tower and snap a photo of the famous view, you realize that the city itself is just the cherry on top of an incredible scene. The Urubamba River, 2,000 feet below, wraps around the base of the city. The great, glacier-covered Andean peaks rise 2-3 times above the lost city below. The stonework and water canals have held up well over the years.

The reason the whole world visits this “New Wonder of the World” is because it is one of the few places on earth where you can’t drive to the entrance. It takes advanced planning, private transportation, trains, motor coaches, and even some sweat to traverse the Incan steps and take in the incredible view.

Enough said. Once you’ve observed the greatest Natural Wonder of the World — the Amazon Rainforest that we at Treehouse Lodge call home — you should make your way over to Machu Picchu: Lost City of the Incas.