Basic Information and Facts About Peru

If you are seeking to learn more about Peru, look no further. Below, you’ll find a beginner’s guide to one of the most visited countries in the world. Read more to see what Peru is known for.

Peru is located on the western side of South America. It’s the 3rd largest country in South America after Brazil and Argentina. It is bordered by Ecuador, Colombia, Chile, Brazil, and Bolivia as well as the Pacific Ocean.

Fun Fact: Peru also has 30 of the 32 world climates. That makes Peru one of the most diverse countries in the world!

The world’s largest rainforest, the Amazon, covers nearly half of Peru. The Peruvian Amazon is home to hundreds of different types of plants and animals and most of them can be only found here like the Pink Dolphins, Leoncito Monkey, Colibrí Maravilloso, and more. The national bird of Peru is the Andean Cock of the Rocks.

The territory that is known today as Peru was once home to ancient civilizations such as the Norte Chico, the Inca Empire, and afterwards the Spanish Empire. The nation declared independence from Spain on July 28, 1821 during the Latin American Wars of Independence. 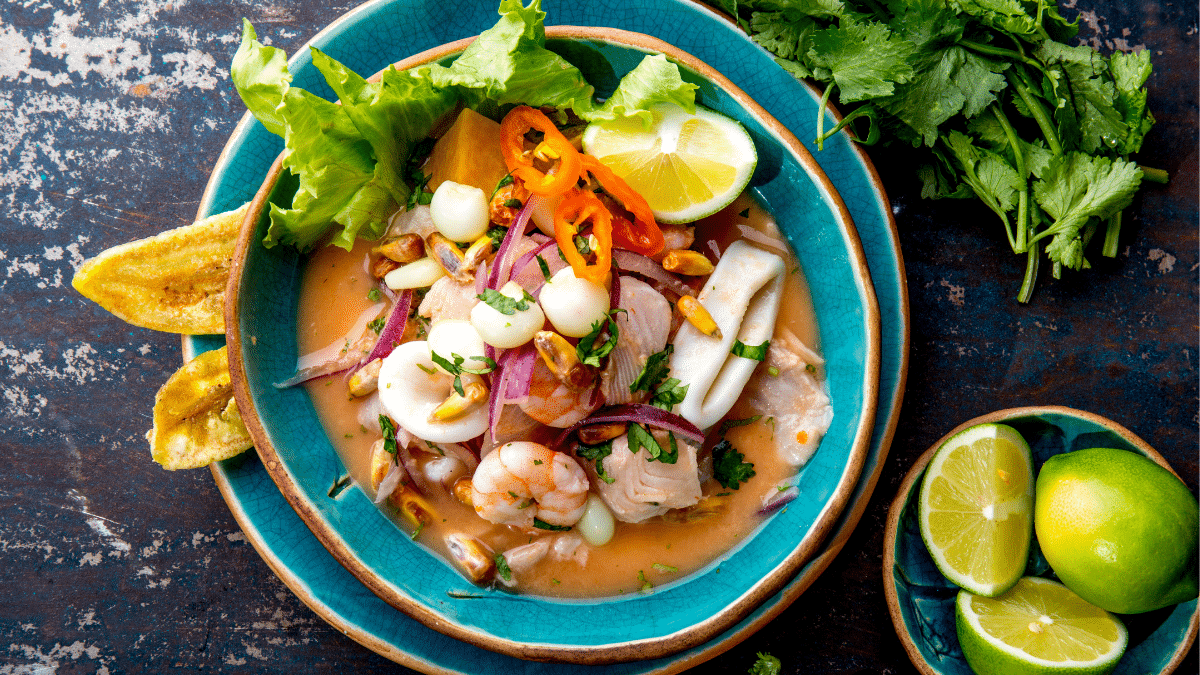 There are over 400 Peru national dishes that have their roots in Peru, the most famous of which is ceviche Peruano. Ceviche is basically a fish salad, marinated in lime and mixed with garlic, onions, cilantro, limo chile pepper, corn, and sweet potatoes.

Other famous dishes include Pollo a la Brasa, Lomo Saltado, aji de gallina, Cuy, and Seco. If you’re planning a gastronomic tour, we recommended checking these 6 Peruvian dishes you must try while visiting Peru. 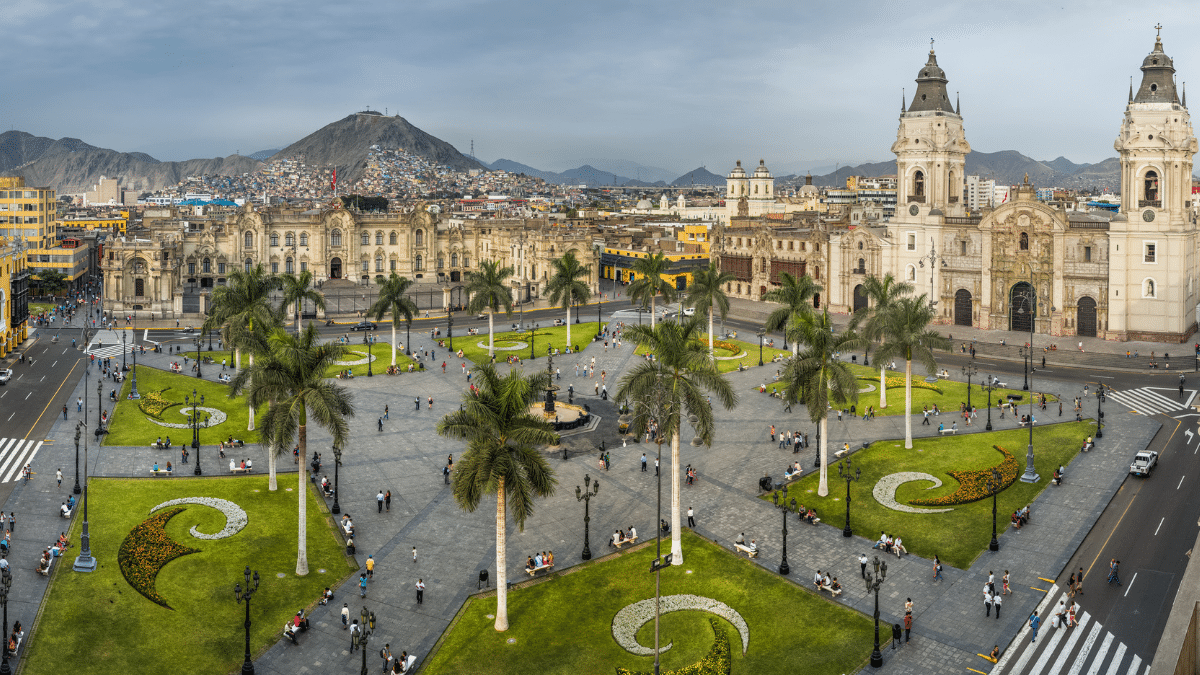 Peru is a country that features a diversity of climates. In fact, Peru has 84 of the identified 103 climates.

Lima, a coastal desert, never really makes it outside of 60-90 degrees Fahrenheit.

Iquitos is located in the northeastern Peruvian Amazon Rainforest, the temperature typically varies from 71°F to 89°F and is rarely below 67°F or above 94°F.

Cusco, a high-altitude Andean city, offers all four seasons in a single day; the nights are chilly (35-40 degrees), the mornings bring spring, in the afternoon summer arrives (75-85 degrees), and the evening brings a return of winter.

The number one tourist attraction in Peru is Machu Picchu, hosting almost 3,000,000 visitors each year. Cusco was recently ranked the #1 city to visit in Central/South America by Travel+Leisure magazine.

Iquitos (where the Amazon is born) is another major tourist destination and is known as one of the top places in the world for exotic bird-watching. If you want to experience lifetime adventures like swimming with dolphins, have jungle walks or explore the jungle on a nighttime cruise you can do it! At Treehouse Lodge, we have more than 15 excursions you can try.

In Southern Peru, you find Lake Titicaca, the highest navigable freshwater lake in the world, and Colca Canyon, which is over two times deeper than the Grand Canyon of the United States and is home to the Andean Condor (a bird with an 8-10 foot wingspan). On the northern coast lies Mancora, which is home to some of the most famous surfing waves in the world.

The currency of Peru is the “Sol“, o the plural “Soles” (“Suns” in English), officially known as the Peruvian Nuevos Soles, with the abbreviation PEN. The current exchange rate to the US Dollar may vary, but dollars and credit cards are accepted on most diners, hotels, and shops, especially in Lima. Small shops, artisan markets, and most places outside the major cities may require you to have some Soles on hand since the use of dollars is less common there. 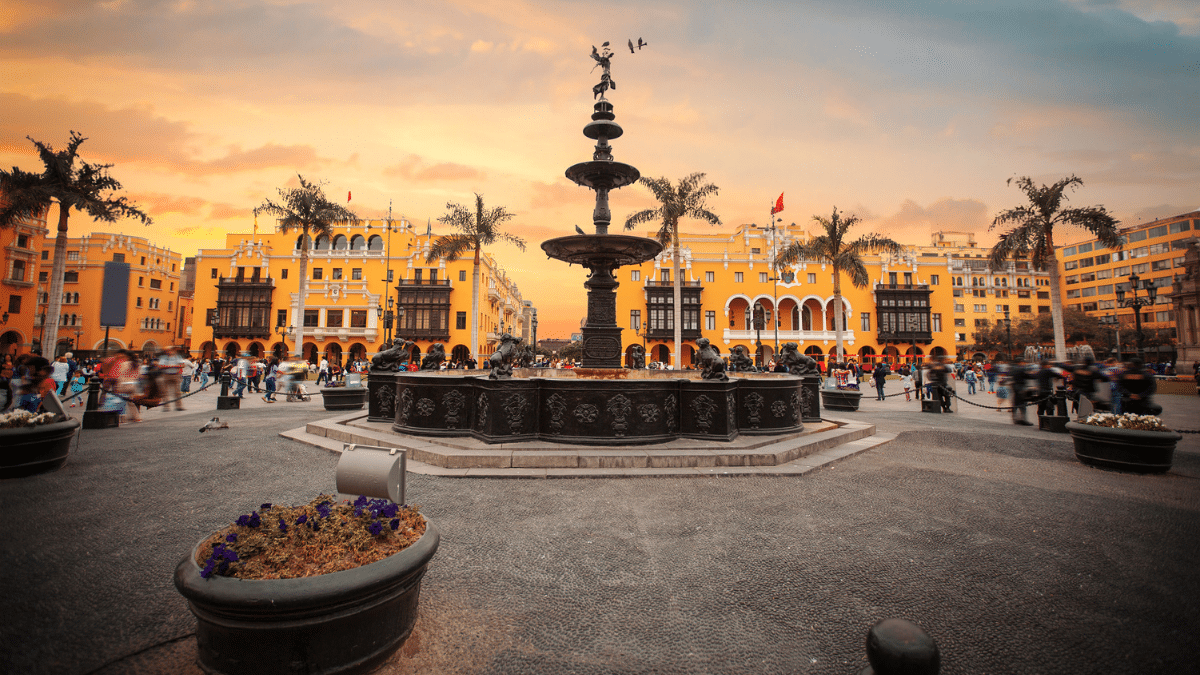 Peruvians are incredibly friendly people. They welcome any and all visitors to their country. It is a country with towering mountains, ancient ruins, world-renowned surfing waves, dense Amazonian jungle, and delicious food. Put simply, this country provides for the trip of a lifetime.

If you need some help to choose which places to visit in Peru, our friends of Private Vacations have a helpful article about that!